Seeking your own conclusion in Calvino 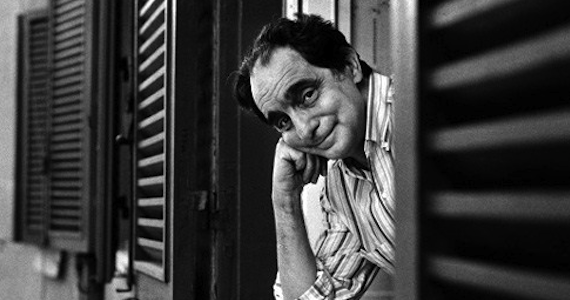 You are about to begin reading my thoughts on Italo Calvino’s novel If On A Winters Night A Traveller. Relax. Concentrate.

You. That’s right. And who is it? It is the reader, the second person, the ‘you’ whose eye follows the outlines of each perfect word like the nib of pencil through a paper maze, tracing the progress of a protagonist who advances through a thickening, playful plot only as fast as you – and you only with it.

You are Theseus, led by blessed thread through deepening complications, as the suggestions of the page begin to confuse, to be stunned by a merciful Ariadne of prosody who maintains, and yet disturbs, the balance of brave adventure, dear traveller.

You are the invoker of every myth, the voice that sparked the voices of the worldly in the bazaar and tavern, overwhelmed with the human curiosity that bids others to explain life like a great adventure, starting with the sharp incipits of the everyday – the simple demand for explanation. You venture out across the burning plains of prose in search of one, battling through the churning waters of lyrical current, to the thunderous, climactic surge of…

Disappointment. The plot, however meagre, slips away.  The goal to which the eye advanced over assembled letters is not only blocked, but non-existent.  Instead you are directed to the pursuit of such fictional destinations in general, and this quest becomes one for a finished reading.

You seek, traveller, reader, the end of your chosen material (like this analysis). But in this search you weave your own twin trail past the thickets stylistic mastery and tonal parody.

You find a series of perfectly formed beginnings, wiring thematic and cultural tropes together to create a formidable charge – only to ground the thing and move on. To what?

You turn the next page, read the next beginning, delve into the next world. There you will find the tentative amorousness of a man conducting a botched drop-off, the lust of virginal astronomer manipulated into a prison escape, the accidental three-way voyeurism of Japanese academics.  They each lead only to interruption, then vain efforts to find the rest of the brief, engrossing text.

You master your frustration enough to begin discerning the game whose every step presents another exit and access to that labyrinth of reference to which you were trying to find the end.

You then find joy in this: relish the flux of novel forms. They flow freely, spaced between the developments of your own conundrum – the search. This adventure you savour too, between each instalment of stunted fiction, a trajectory where the protagonist – yourself – makes progress.

You (that is he) desires you (that is her), and so you (together) become commingled as readers, lovers and searchers for the end of the book you both, in the beginning, began.

You follow the twin desires of love and meaning through the spectacularly, warmly crafted text, searching belligerently for a complete volume – a story that continues – and this hunt in turn becomes that which is so desired.

You-her-he-it-all perceive that there are innumerable stories, countless combinations of action, voice, memory, style; there are also equally various modes of reading, of readers themselves. Some search for truth, others for pleasure, some hardly at all. Each reading is itself a quest for whatever we desire when venturing into a text, and though Calvino ingeniously teases you as he guides the second person through a library of possible novels, the brilliance of the unified tour itself is not without its lessons.

You are part of a species of storytellers, a part of these great tales, and in this work where the beginnings and endings of life and the page are so blurred, you are entrusted to be a worthy protagonist – a position of great responsibility to all those who might read into your own small story.

You come to the end of your own journey, the one which flowed in parallel to so many other stories, filled the cracks between, and you determine to conclude it. You marry Ludmilla. Life goes on, happily. Your time as protagonist was fruitful. You hope for as much in life as in letters. But that is another story, and this is just one reading.

You are about to finish reading my thoughts on If On A Winters Night A Traveller by Italo Calvino.

History, philosophy, poetry and politics. From the savannah to Sumer to Socialist Republics. From Milesians to dialectical materialism. Gilgamesh to Prufrock. I'll write about anything.

2 thoughts on “Seeking your own conclusion in Calvino”